A blog which honours the proliferation of ‘Brand Britain’ – oh, there’s so much more to us than fish and chips…

At The Big Picture, we pride ourselves on being a truly international agency trekking to all four corners of the globe in the name of quality design research…

That said, given our proximity to Big Ben (our offices are only a mile away!) and the impending Royal Wedding, it seems timely for us to also celebrate our British roots with this blog about ‘Brand Britain’.

Student riots and parliamentary upheavals aside, ‘Brand Britain’ is currently ranked at no. 4 in the Nation Brands 2010 index.

This is perhaps because it encompasses such a wide spectrum of positive (and easily rankable!) values (heritage, tradition, military prowess, Royalty), which are easily engineered to befit a multitude of industries ranging from FMCG to fashion.  Find below just a few examples of inherently British brands that fly the flag for Blighty:

Increasingly, it seems UK-based brands are leveraging these British values in an attempt to bolster their popularity and credentials. And what with the Royal wedding set to inject an additional £620m into the UK retail sector (as we speak, a Wills & Kate PEZ pack is listed on eBay at £7,800+), it’s easy to see how fruitful a slice of the (patriotic) pie can be (or am I mixing too many food metaphors?).

One way in which brands are packing a British punch, is via their packaging. Here are just some examples of what you might see on shelf at the moment…

Hovis attempts to connect with the homeland thanks to this patriotic redesign of their classic Soft White bread. Indeed, the bold Union Flag graphics emblazoned across the front not only improve standout and simplify variant navigation, but draw attention to Hovis’s move to 100% British Wheat. 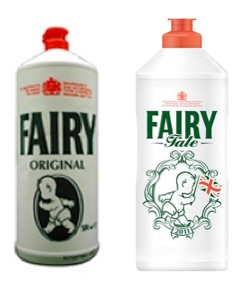 Thanks to the timely launch of a limited edition Fairy Liquid ‘Fairytale’ pack, Proctor & Gamble effectively channel the Royal Wedding fever – yet also a sense of British nostalgia. Indeed, the pack reuses its original 1960’s structure (white pack with red cap) to hone in on the more innocent, classic and ‘proper’ values associated with the homeland. To see these in action, watch the original Fairy Liquid ad here. 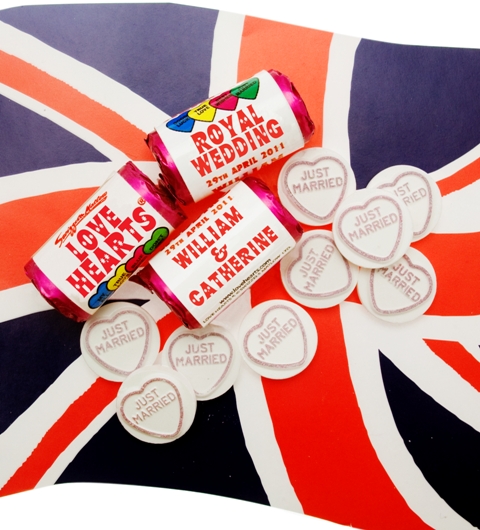 And finally, Swizzels Matlow chooses to honour the Royal wedding explicitly with a special edition pack of Love Hearts. Whilst the pack stays true to form, the wrapper has been changed to read ‘Royal Wedding, 29th April 2011, William & Catherine’ and the sweets come with ‘Just married’ embossing. Although a sickly sweet (monarchical) marketing move by Swizzels Matlow, it does have some justification given their factory was originally opened by Princess Diana.

But let me end by saying that if all of this Britishness and Royal Wedding wallow has gotten too much for you, you can always rely on another profoundly British value to cheer you up – wit: 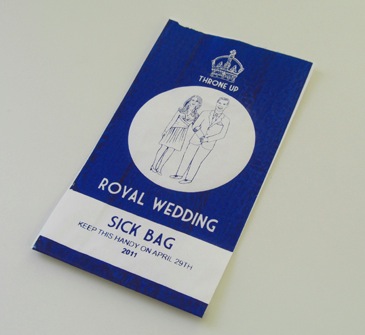