A few weeks ago, New York City’s Board of Health unveiled new rules that will cut down on the amount of juice toddlers can drink while at day care. To some, this may be an example of a ‘nanny state’ in a nearly literal sense, but for the city it’s a way to foster healthy … Continued

A few weeks ago, New York City’s Board of Health unveiled new rules that will cut down on the amount of juice toddlers can drink while at day care. To some, this may be an example of a ‘nanny state’ in a nearly literal sense, but for the city it’s a way to foster healthy habits at an early age and cut down on sugar consumption.

Sugar seems simple. You probably have some in a canister or in your pantry, ready to be spooned into tea or added to a cake recipe. Yet, in the past few years, it’s become clear that sugar is anything but simple, especially when it comes to its presence in processed foods and beverages. In this context, the term ‘sugar’ is often used interchangeably with high fructose corn syrup (HFCS). However, as consumers grow more savvy about health, ‘real sugar’ is gaining differentiation from other sweeteners: it is singled out by some as ‘the better choice,’ but others see it as only a slightly lesser evil than HFCS.

As we’ve discussed in our recent Health at Shelf webinars, brands that wish to communicate health-related messages to consumers face many challenges within the cluttered and confusing marketplace – one in which not all consumers have the same knowledge base.

Those who see sugar in a positive light perceive it as more natural and less processed than alternative sweeteners. This attitude toward sugar is illustrated by the fact that both Coca-Cola and PepsiCo have released versions of their sodas made with sugar instead of HFCS. Yet for others, even though sugar is natural, it is nearly as bad as HFCS because both provide ‘empty’ calories and are linked to health problems such as obesity, diabetes, and tooth decay. Reflecting these concerns, cities like New York have tried to institute soda bans to foster better habits in consumers and cut down on sugar consumption.

The next complication in the collective conversation around sugar is the issue of naturally occurring sugar (such as that found in fruits, vegetables, and grains), and added sugar. Both the World Health Organization (WHO) and an advisory board of the US Departments of Agriculture (USDA) and Health & Human Services have developed guidelines that recommend restricting added sugar products to no more than 10 percent of daily caloric intake.

Since many foods naturally contain sugar, ‘sugar’ as a nutrient will always show up on the nutrition information panel, if not the ingredient list. However, with health savvy consumers on the rise, there is a growing demand for transparency when it comes to product ingredients – and thus an argument to be made for clearly indicating how much added sugar a product does in fact contain. In fact the USDA advisory panel has expressed support for the Food and Drug Administration’s (FDA) ‘effort to list “added sugars” under “total sugars” on the Nutrition Facts label.’

Such a multi-faceted, confusing, and downright messy consumer landscape begs the question of how packaged goods will respond to the growing concerns about sugar and assuage consumers’ apprehensions about this latest hot-button health topic. For now, most seem to be taking a straight-forward ‘claims’ route – usually with the simple message of ‘no added sugar.’

Sometimes, this can mean that sugar and/or HFCS have not been added to the product at all, as is the case for Familia Swiss Muesli’s No Added Sugar variant, which takes its sweetness from the naturally occurring sugars in the fruit it contains. 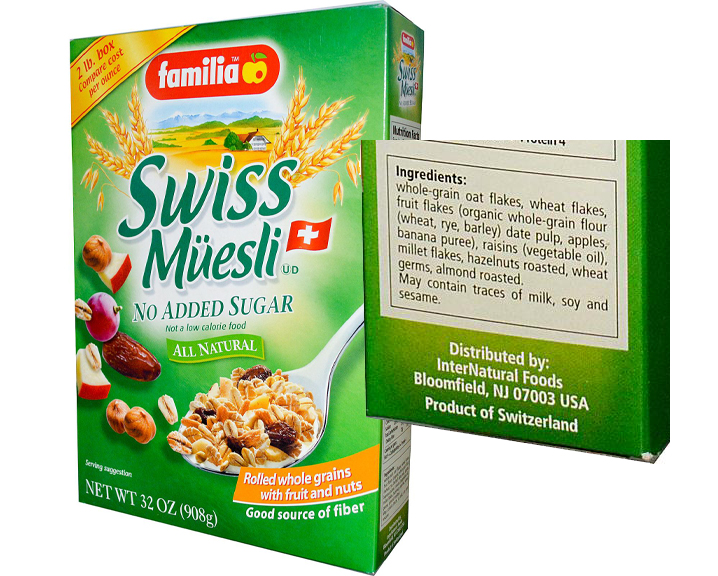 However, in many cases, as with Tango’s No Added Sugar variant, the claim means that other sweeteners – such as aspartame, saccharin, or stevia – are used instead. Consumer opinion on such alternative sweeteners differs widely, with some people preferring real sugar and the calories that come with it over artificial sweeteners – some of which have been linked to adverse health effects in scientific studies. 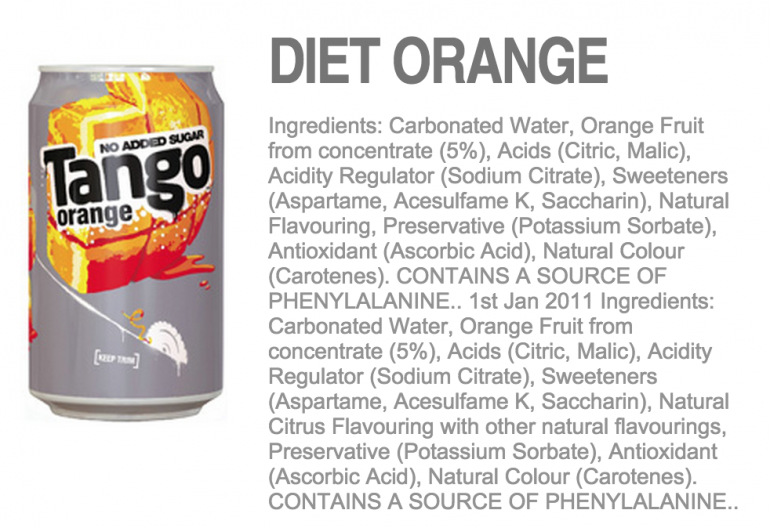 Juice is a particularly sticky area when it comes to ‘no added sugar,’ since fruits and vegetables contain quite a lot of sugar on their own. Campbell’s, which makes the V8 range of juices, has found that the “shelf-stable juice category has been really sluggish for a couple years, and … one of the big drivers is most of the juice in that category contains sugar and there’s been a movement on the part of consumers to really pay attention to that.” Yet the V8 brand is a confusing one to navigate: variants like Splash contain HFCS, while others like Fusion are 100% juice with no added sugars or other sweeteners. An under-educated consumer glancing at these two packs and their nutrition information might not spot the difference between the two products, instead relying on the pictures of fruit, vibrant colors, and health claims on the packs to convey a sense of vitality and health. 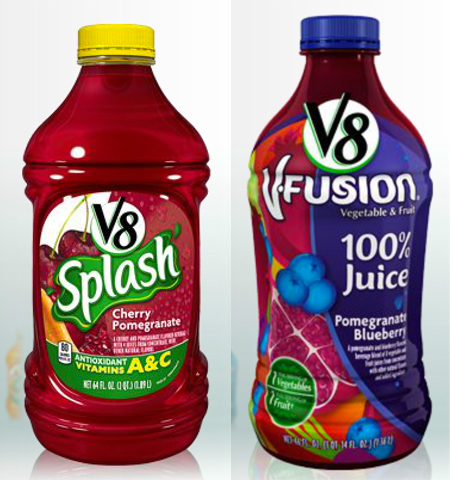 Meanwhile, Coca-Cola has found an innovative way to balance sugar and health consciousness with Coca-Cola Life, a version of the classic soft drink that reduces calories by using both sugar and stevia as sweeteners. Coke Life embraces stevia’s more natural roots and increases the beverages health messaging quotient by replacing traditional Coca-Cola red with a green label.

Stevia is derived from plants and its brand-name iterations, such as Truvia, PureVia, and Pyure all prominently feature green in their branding and packaging to emphasize the ‘natural’ origins of the product. It is becoming a popular sugar alternative, because it does not have the negative connotations associated with aspartame and saccharine. However, while many products seem eager and willing to embrace stevia, there are challenges around doing so – namely that stevia has an aftertaste when used in large amounts. That’s why, for now, many products combine stevia with sugar to create a flavor profile more familiar and acceptable to consumers. 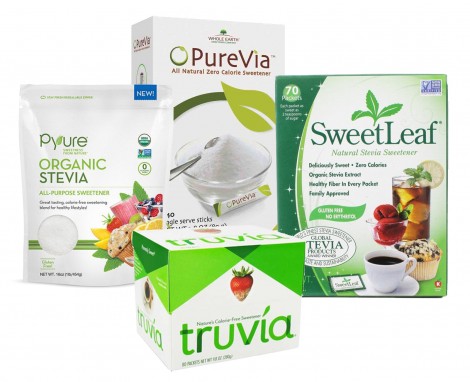 For the foreseeable future, it looks like consumers truly concerned about which sweeteners they are ingesting will be stuck reading the fine print. While the design cues for health and nutrition that we’ve covered in our Health at Shelf webinars certainly apply to ‘no added sugar’ products, we are quite a way off from a visual short-hand to communicate this product feature to consumers. There is still much education to be done, though publicizing guidelines about sugar and raising awareness about its consumption’s effect on health will eventually create consumer demand for more clarity about the sugar and sweetener content of packaged goods – particularly sodas, juices, cereals, and snacks of all types.

For more on consumers’ changing attitudes towards health and how brands can respond and remain relevant, watch this space for our upcoming Healthy Snacking thinkpiece!