Last week I attended the GEL (Good Experience Live) Conference in New York. It was my fourth time at the conference and, as always, I found the presentations filled with insights from people from a broad range of fields who are truly passionate about what they do. The theme of this year’s conference was ‘Impact,’ which … Continued

Last week I attended the GEL (Good Experience Live) Conference in New York. It was my fourth time at the conference and, as always, I found the presentations filled with insights from people from a broad range of fields who are truly passionate about what they do. The theme of this year’s conference was ‘Impact,’ which was manifested in case studies covering organizational, personal, and product examples. Yet, despite their varied topics of focus, the thing that all of these examples have at their core is creativity.

In his presentation on Friday morning, Noah Scalin of Another Limited Rebellion shared that inspiration is everywhere, but finding it often requires leaving your desk – and comfort zone. In order to do this, he recommends embracing imperfections and limits, and having a willingness to ‘make a fool of yourself’ and to collaborate.

In fact, collaboration was an underlying theme of several ‘Impact’ stories. Nikki Sylianteng shared how important crowdsourcing was to the development of her To Park Or Not To Park project. She used her website as a platform to request that people outside of New York share particularly difficult to understand street signs. This allowed her to see the range of information design challenges that existed and test that her simplified and improved approach would be able to accommodate that range. 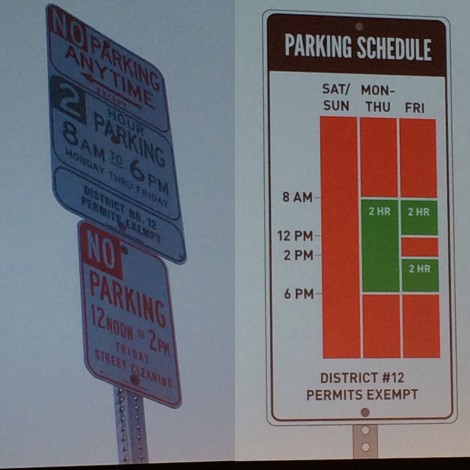 Now that her street signs are being pilot tested in Los Angeles, she is crowdsourcing on-the-street responses from people trying to park their cars and from city officials overseeing the project. All this feedback is highly important to Nikki, yet she doesn’t feel the need to take action on each comment – instead, she listens to her gut and assimilates the feedback into all the information at her disposal before moving forward with another iteration. As she puts it, “You don’t talk to people to do what they say. You do it to know where they’re coming from.” While there can be a wisdom in crowds, some projects and products are better shaped by one central vision.

New parking sign on S Spring #dtla continues to get a lot of attention. I stopped and talked to these 2 just now and they liked it but were confused by the two rows of days, just like me.

Crowdsourcing is a particularly hot buzzword, and it can be useful for the right type of project, but it is not the only tool for collaborating with large numbers of people. Leland Maschmeyer from Collins discussed mass collaboration, which differs from crowdsourcing in that it has no centrality and is an iterative process for the whole group – the more people involved, the greater the scale of creativity. Mass collaboration promises to amplify our ability to innovate.

In Friday’s workshop, Scalin also reminded us that it’s important to add question marks to thoughts and ideas to turn monologues into dialogs, and to never be afraid to pose questions because the answer to an unasked question is always ‘no.’ Being willing to question and look at things from different perspectives was also at the core of Omar Ishaq’s The Human Theater project, which empowers patients by giving them an outlet to express themselves during long and difficult hospital stays while also providing doctors, nurses, and other caregivers with an opportunity to see things from a patient’s perspective and increase empathy.

Ishaq has found that putting yourself in someone else’s shoes is more difficult that it sounds, but it is essential. While Ishaq’s project is focused on the healthcare industry, it is applicable to any discipline. In fact, market research can serve a similar role for packaged goods and other products, allowing product teams to understand how consumers truly fit their product into their lives. Consumers may place values on small details overlooked or ignored by the product team, yet such nuances might not be apparent at first glance.

However, finding new approaches to NPD is not always easy. While utilizing certain tools and systems can be useful, it is the way in which they are customized, deployed, and analyzed that creates the opportunity for iteration and value creation. A certain amount of creativity is needed in such circumstances, yet ‘creativity’ can be a daunting term for many. Noah Scalin aims to make creativity more approachable by reminding participants of his workshops that creativity is a skill you can build and grow; creativity and innovation are a practice that takes time to develop. It’s important to make and try a lot of things because the best ideas usually don’t manifest themselves in the first five or ten iterations. 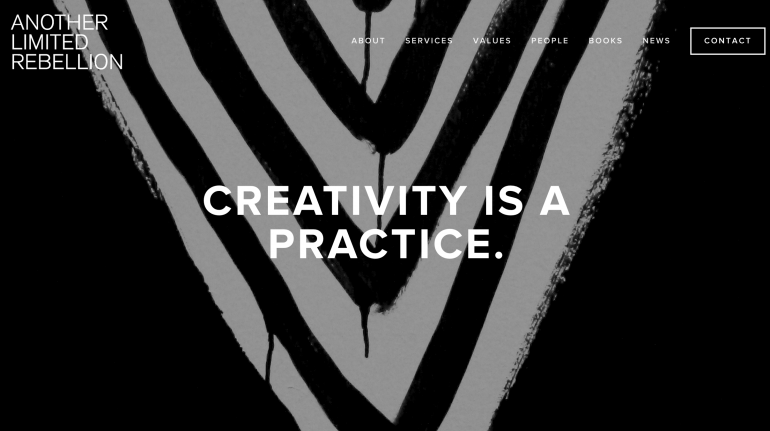 Along these same lines, Jonathan Wegener of Timehop shared that things that sound like bad ideas can often end up being good experiences in practice. Put another way, the articulation of an idea can often be underwhelming, compared to the manifestation of the idea. For example, Twitter: as a concept it doesn’t sound particularly interesting or promising (a messaging service that cuts you off after 140 characters), but in practice it is highly enjoyable for those who use the platform.

Wegener says that it’s also important to remember that consumers are not always able to articulate what they want or are looking for. Thus, looking to new ground and unexplored territiories for products and services can yield valuable ideas. In the case of Timehop, consumers weren’t out searching for a tool that would tell them what they were doing a year ago, but when they discovered Timehop, they found it useful and enjoyable. Now, Timehop usership exceeds that of The New York Times. Timehop fulfilled an unknown and unmet need, making it a modern tech equivalent of the famous Henry Ford quote about faster horses.

Timehop CEO: “it’s not about the idea, it’s about the experience” #gel2015 pic.twitter.com/9VthJK7KpW

Paul Murphy, CEO of Dots (maker of popular mobile games) builds on this theme, expounding the importance of creating value for users through original & thoughtful design and unique features that distinguish your product. If you expect consumers to pay for your product, then you must deliver a product experience from which consumers will feel they are getting value. Dots provides a simple game premise with beautiful design, while Two Dots keeps the same design aesthetic but takes the game to the next level by introducing characters in order to heighten emotional engagement.

Of course, all of these ideas sound great on paper, but as many of the speakers pointed out, having great ideas is one thing, executing them is entirely another. Both corporate and consumer cultures are constantly working against innovation and creativity. In his opening remarks, GEL founder Mark Hurst noted that basic human psychology skews toward a fear of change and a desire to maintain norms ingrained in the culture. As a result, the reason we often have trouble creating impact with new ideas and new products is that introducing these new concepts always involves change.

Cultural norms can be difficult to challenge and break through, but the key in creating products and ideas that have true impact is to keep iterating! Creativity and innovation do indeed take practice, and success is not often manifested in the early stages of project development. If Rovio had given up after 20, or even 50, attempts at game development, then they never would have come up with the blockbuster that is Angry Birds. Sometimes, iteration is most valuable because the time it takes to refine a product also allows the greater culture to develop in way that makes it more primed for that product – and the change it signals – to be relevant and accepted.