A week in the design world stuns us with everything from sailing boats, to jazzy pizza chain rebrands and water bottles that wouldn’t look out of place in Anna Wintour’s office…

This month, Evian teams up with the rather revolutionary House of Courrèges to launch a bottle in celebration of Fashion’s coolest party; Fashion’s Night Out. Using 100% recyclable packaging and organic ink, the design retains the sleekness of the iconic Evian silhouette, whilst encompassing the flower emblem intrinsic to Courrèges. In addition, the vibrant colourways and graphic forms inject creativity and lightheartedness into this elegant bottle, the only accessory worth hydrating yourself with this September. 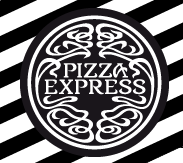 A while ago we mentioned the overhaul of the British roadside eatery Little Chef, and now it seems that another food institution, Pizza Express, is set to wow us with a bold new look. Using black and white stripes as its primary theme, the pizza chain taps into its more original ‘pizzaiolo’ roots, and reminds us of its more cutting-edge ties to Soho jazz. Indeed, the stripes not only make it onto the website and menus, but into the restaurant interior also, which marks the biggest revamp of the brand in its 48-year history. 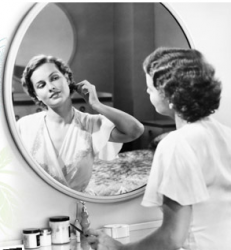 Kleenex is set to make its stamp on the beauty market by launching a number of cleansing products to rival the likes of Nivea, Simple and Johnson’s. The new range, which includes cleansing wipes, dry cloths and makeup remover pads, marks the brand coming full circle since its launch in the 1920s when it was originally marketed as a makeup removal tissue. The move follows extensive consumer research which highlighted how Kleenex “has a strong right to play in the beauty market. Consumers are surprised we’re not there already. We’re driven by shopper insight and we’ll go where our consumers think we can go.”? A soft launch starts this month in Superdrug stores, whilst a more heavyweight marketing campaign is scheduled for January 2012.

And finally…a rather sail-ient design for Camper, by Farrow:

The design agency, who have worked with every brand from Molton Brown to Mercury Records, were recently commissioned by the Spanish footwear aficionados to design a boat for the Volvo Ocean Race (which commences in November this year). The ‘eureka’ moment for the design supposedly came when Farrow realised that Camper’s logo is shaped like a sail: “If you turn it upside down…and repeat it horizontally, you get waves.” After numerous trials (and some errors), the agency decided to use the Camper brand colours to produce a dazzling design that offers style and standout when in the sea.