This week we talk about plans to test ‘smart highways’ in the UK, Google’s rebrand to Alphabet, look at some pretty craft spirits packaging and explore the idea of beer jelly for breakfast.

Highways England has announced plans to trial smart electric highways in the UK – roads built to charge hybrid cars as they drive via wireless technology. With Studio Roosegaarde in the Netherlands exploring a similar concept a recent project, ‘Smart Highway’, it seems this could soon be a path many other countries take in a bid to become more environmentally-focused and to cut down emissions.

Google, the second biggest brand in the world, took everyone by surprise this week by rebranding to Alphabet. The search engine fulfils the G of the new company’s portfolio, with new products and services being developed to fill the other letters of the alphabet. The identity feels more ‘grown up’ vs the more playful Google logo – befitting of a company which is more investor-facing than consumer-facing.

This packaging for Brazilian-based coffee company MOCCATO, designed by Plau Branding, will certainly inject some energy into your day with its bright and colourful design – without even touching the coffee inside. Taking inspiration from urban street art with its stencilled logo and bold font, the packaging aims to position the brand as young, fun and cosmopolitan.

Mezcal De Bateo’s simplistic packaging aims to showcase it as a “transparent product in every sense”. In order to reflect this, Futura employed a purely functional, straightforward and scientific design style that also aims to distinguish the product from the other Mescal brands within the busy craft spirit market. To find out more about craft spirits, get in touch – we’ve written a thinkpiece on the subject!

Beer for breakfast, or in fact any time before 12pm, is not considered socially acceptable by most –  ‘beer jelly’ looks to change that. Vermont Potlicker Kitchen and Italian Birra Spalmabile are just a couple of brands with their own ‘spreadable beer’ for hop-loving, early risers. And if jelly isn’t your thing, Brooklyn-based Anarchy in a Jar have a range of of hop-infused butter.

The answer to last week’s NTB can be found here. If you think you know what this week’s is, tweet us! And then, if you fancy the challenge, play the full game right here. 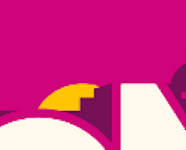