In the news this week: the rise of the ‘yummies’, and yummy-looking sausages… for dogs!

It’s easy to assume that the stereotypical Housewife of Orange County is a perfect target audience for luxury brands. But the times are a-changing, and now the most attractive demographic for the likes of Burberry, Coach and Prada are ‘yummies’ – young urban males. After all, men are marrying later, meaning their twenties can be a decade of flashy purchases (where once it would have been dedicated to kids and starting a family home). Coach has seen its menswear sales expand from $100 million in 2010 to $700 million today.

The Weather Company has been gathering real-time data for the last 30 years, and it’s now putting this data to good use. Linking weather forecasts with advertising lets users know local deals on consumables like ice cream and beer, at a time when the weather is just right to enjoy them. For example, data gathered so far suggests that residents of Atlanta are likely to get a hankering for ice cream just after a period of intense humidity or stormy weather. Crazy, but true.

We’ve all laughed at that one friend who says that as a kid they ‘accidentally’ ate dog food. But with the launch of these gourmet sausages for dogs, anyone who isn’t careful could be caught out – the packaging alone makes this dogs dinner looks good enough to eat! Robot Food recognised a gap in the market for a more sophisticated dog food offering, and so Duchess & Rover was born using high-end foodie cues to attract more discerning dog owners.

If it’s adventurous food you’re after, Aromafork might be your answer. Molecule-R, a Canadian venture specialising in molecular gastronomy, know that most of what we actually taste is smell. As a result, they’ve patented a utensil designed to create new taste experiences through fragrance. First, you place a piece of blotting paper into a space in the fork, infuse it with one of 21 liquid aromas (from lychee to wasabi), then you eat your meal as normal. Et voilà, bon appetit! 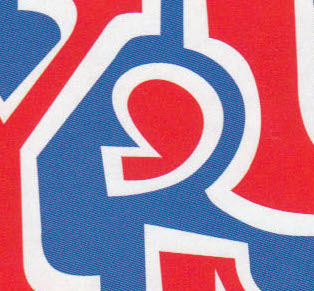