This week saw Global Internet of Things Day, dedicated to celebrating the idea that everything in your life can be connected to the Internet, to constantly transmit data and communicate with one another. Current statistics show that 100 ‘Things’ (such as fridges, toilets and even bins) come online every day. But Trend Watching forecasts that the ‘Things’ which really matter are the ones that care and unlock new ways to serve our fundamental needs; physical and mental health, safety, security and connectivity to our loved ones.

For the past week and a half, NYC has been host to the world’s largest Easter egg hunt, brought to the city by Fabergé. The interactive scavenger hunt (which debuted in London in 2012) pans five boroughs and features over 260 egg sculptures created by leading artists and designers. On April 22nd, the eggs will be auctioned off to the highest bidder with all proceeds going to charity. But it’s not a fruitless mission for other egg-hunters out there as Fabergé will award gem-encrusted egg-shaped pendants to lucky participants.

We are very excited to announce our shortlist of fourteen finalists for our design + research competition, Design In Sight. Check out the site to see fourteen great examples of pretty packaging – all of which are backed up by some solid consumer research. Fingers crossed for all our finalists on June 12th, when the winner chosen by our panel of judges will be revealed. Don’t worry, there’s still time for you to vote for your winner of the People’s Choice award.

First of all, we’d like to do a little shout-out to our very own Stuart Chapman who has been in Moscow this week, talking at the Popsop conference with Pearlfisher and Lothar Böhm. He was presenting a piece about the importance of design research and what happens when good design goes bad. Well done, Stu!

Often the butt of many typography jokes, Comic Sans has had a raw deal after its over-use in many inappropriate contexts. But designer Craig Rozynski saw reason to give it a second chance and has reworked the 90s typeface into Comic Neue, aspiring to be “the casual script choice for everyone including the typographically savvy”. Watch this space for the Internet’s reaction… 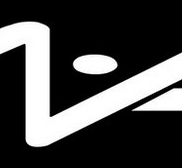