Why brands are afraid of NPD and why the 2016 Super Bowl logo is breaking tradition. All this and more in this week’s news bulletin…

New research suggests that many marketers consider new product development to be essential but ‘terrifying’. But, why are brands feeling the fear? Research from Dunnhumby claims long lead times, budget constraints and fear of failure are holding brands back. So which companies are doing it right? P&G, AB InBev and Blackwell’s – find out why here.

Breaking from years of tradition, the logo for NFL’s 2016 Super Bowl will not use Roman numerals to mark its 50 years. Every Super Bowl identity since 1970 has used Xs, Vs and Is. But after mocking up over seventy iterations, the design team thought the Roman numeral L seemed unbalanced in the lock-up. It’s a shame; we think it’s lost a bit of gravitas in the change. Yet, the keen-eyed among you will notice L still makes an inadvertent appearance…

In line with Unilever’s strategy to premiumise its personal care portfolio, Dove has tapped into Indian consumers’ desire for nourishing hair oils by launching Dove Elixir – an aspirational and luxurious oil product which separates itself from other, cheaper competitors by occupying a more fragrance-focused design territory.

After a year of speculation, the brandmark for the Penguin Random House merger has been unveiled; a simple emblem consisting of the company name framed by two lines. Since the merger was announced designers have been offering up their own suggestions, ranging from the almost believable to the utterly ridiculous. As a result, the actual iconography seems quite unimaginative in comparison.

Here’s the answer to the Name That Brand from last week. Why not send us a Tweet and tell us if you know this one: 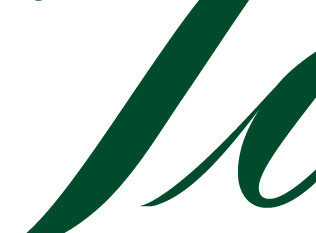