Can Bud get away with its craft beer retort? And can Hershey’s really tap into human impulse to sell more chocolate? These stories and more in this week’s news…

Budweiser has rustled some feathers with its Brewed The Hard Way ad, that aired during Sunday’s Super Bowl. It caused controversy not only in the craft henhouse but with mainstream breweries too, who claim that all beers (craft or no) should be “fussed over”. What’s your take?

Hershey’s will invest heavily in technology to tempt today’s consumer, who now shops “too quickly to crave”. Using the Eight Human Truths of Impulse to understand behaviour and triggers, the candy giant will explore new touchpoints in digital shopping and click and collect, as well as injecting new life into traditional bricks and mortar stores.

What would happen if you mixed takeaway noodles with fruity fro-yo? Well, design-wise you’d likely end up with something like this pack for German fro-yo brand Lycka. The brand’s award-winning website is a great representation of the VBL off-pack.

Coca Cola’s Fairlife milk went on sale this week. Whilst branded milks are uncommon in many markets, the US already has a variety of branded milks that change regionally or by state. We’re interested to see if Fairlife’s bold branding will carry it to the top.

We’ve always been told, “you shouldn’t judge a book by it’s cover”. But with this book sleeve, The Cover That Judges You, you really shouldn’t (if you want to read what’s inside). Featuring a built-in camera that scans your face with facial recognition technology, your access to the book will be declined should your expression be deemed over-excited or underwhelmed. 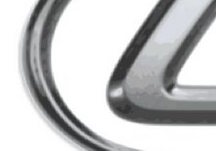