The news round-up returns, delivering you everything you need to know from the last month in design & marketing … and more.

Time for a news round-up: where we sift through the grit and gravel of the design and marketing industries in order to find the shiny golden news nuggets therein. (Other tortured metaphors are available.)

Tim Cook has risked upsetting the Apple cart with some ruthless reorganisation. Software chief Scott Forstall (responsible for those lovely new maps) is out, while British-born Jonathan Ive’s role is expanded. Are we seeing the first signs of Apple turning rotten?

Facebook recently released their first ever agency-created advert – ‘The Things That Connect Us’. Created by Wieden & Kennedy (of ‘Just Do It’ and Old Spice ‘Man your man could smell like’ acclaim), it’s a bit of an odd one. Watch it here.

We hope you don’t mind if we blow our own trumpet here a little, but since we helped Dairy Crest’s Cathedral City implement their masterbrand strategy on pack, they have gone from strength to strength – recently celebrating a £250m brand value. The brand is now four times bigger than its closest competitor. 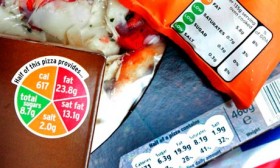 The news that all supermarkets will adopt ‘traffic light’ labelling for nutrition here in the UK has been welcomed by health campaginers. But what does it mean for brands? We voice some thoughts in Research magazine here.

Cow & Gate implore us to feed our children’s personalities in their new TV Ad entitled ‘Supergroup’. Featuring no information about the product or brand, the ad instead focuses solely on a group of toddlers playing around in a recording studio with musical instruments. Watch it here.

One of the best brand relaunches of the year might just have come from a rather unexpected source: Fiji Airways (formerly Air Pacific). This new identity, which has Fijian Masi artist Makereta Matemosi‘s brandmark at its heart, does a fantastic job of acting as a “flying ambassador” for Fiji. Brand New has the full breakdown – and more images – here.

Steve Jobs said, “Simple can be harder than complex: You have to work hard to get your thinking clean to make it simple. But it’s worth it in the end because once you get there, you can move mountains.” By that measure, it’s Apple rivals Google who are going to be shifting summits, since they top the Siegal+Gale Brand Simplicity Index.

A big part of keeping abreast of the design world involves trawling through design shows to see what is going to inspire next year and beyond. With user-centred design being key, Dezeen has raised the point that ‘most design fairs are not designed’ – and have examined interestingly and accordingly.

Check out this interesting blog post ‘4 Innovation Strategies From Big Companies That Act Like Startups‘ by Soren Kaplan (author of WSJ bestseller Leapfrogging). Kaplan offers some stirling advice on how big companies can accelerate their speed of innovation by behaving like small startups. Well worth a read!

It’s been a colourful month, since it was announced that Cadbury have won the trademark to Pantone 2685C. We have a piece in Research magazine on the topic right here, as well as another piece on the wider relationship between colour and brands here.

An honest and gut-wrenching report on a nightmare meeting from JKR’s Silas Amos.

We’ve a new section on our site: Thinkpieces is a compilation of presentations we have available for clients. Take a look, and get in touch if there’s something that piques your interest. 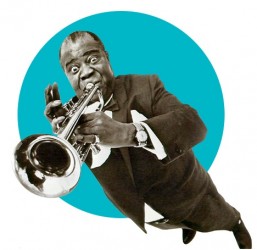 There’s all sorts of interesting branding stuff going on with Microsoft at the moment (including a new identity, tablet and design ethos) – not least of which this quirky packaging for their new OS, Windows 8, which features illustrations by Germany-based Colors and the Kids.

M&S has collaborated with the Imperial War Museum to inject some retro patriotism into their male grooming line. The ‘Rally Round The Flag’ range harks back to wartime Britain with the strapline ‘every fit man wanted’.

Ecuadorean coffee company, Star Trade has redesigned their packaging with the help of G Workshop Design. The range is a beautiful realisation of each product’s provenance whilst retaining a cohesive graphic architecture. We like.

We’re loving the design makeover of Boots’ No7 beauty range.  It took design duo Two Create four years from the initial brief to update all 70 SKUs. The aim was to inject contemporaneity into the brand and introduce more coherency across sub-categories to aid range navigation.

We love the work of talented illustrator and friend of TBP, Lois Hinx.

Take down that Billy bookcase and instead nab yourself these Viktormatic WWW shelving units. At the cutting edge of bookcase customization, they encompass ropes instead of traditional shelves, allowing you to adjust their height accordingly.

The Olympic excitement is starting to build in Rio, thanks to the unveiling of the new official Brazil 2016 Dalton Maag-designed typeface which has been created to reflect the shape of landmarks such as the Christ the Redeemer statue.

How much does a good logo cost? The Nike ‘swoosh’ famously cost just $35, while BP reportedly racked up a $211 million bill for their new mark in 2008. Click the link to find out more about the price of logos.

Last week’s Name That Brand was Boots, which has been going since 1849.

A harder one this time. If you think you know it, why not Tweet us, if that’s your bag. You could even follow us while you’re there, huh?

Oh – and if identifying brands from tiny snippets is your sort of thing, you might just like our Name That Brand game. Until next time, folks.