The return of the News Round Up!

Time for a news round-up: we take our pick of the best stories in design, marketing and a huge pile marked “Misc”, and present them here for your delectation and – we hope – delight.

Apple CEO Tim Cook pays tribute to Steve Jobs on the Apple homepage today, a year on from the death of company’s co-founder. Apple’s success has only gained momentum in the past year: it has risen in value by more than 75%, from $346bn on 4 October last year to a staggering $620bn. The Guardian has a piece on the new direction Cook has begun to take Apple in.

Designers: how do you fancy the opportunity to redesign one of the most iconic brands of all time? Blank You Very Much is a contest site that gives designers a chance to make a name for themselves by producing work for iconic brands. The latest is Coca-Cola. Don’t worry, this isn’t Coca-Cola crowdsourcing a new logo (like Gap seemed to a couple of years ago) – it’s just a bit of fun.

Following on their smell-o-vision jacket potato campaign earlier in the year, McCain are high-fiving their consumers with a new interactive bus shelter advert. Consumers who are brave enough to high-five an advert in public are rewarded with vouchers for McCain Home Chips.

Kellogg’s have opened the world’s first ‘Tweet shop’. The pop-up store in London offered customers the opportunity to buy new Special K cracker crisps by sharing their thoughts about the new snack on Twitter. The move is reflective of the increasing value marketeers place on social media.

eBay has a new logo. eBay says the new logo “reflects who we are today — a global online marketplace that offers a cleaner, more contemporary and consistent experience.” More contemporary it may be – but it’s also more bland, characterless and less joyful. The old mark communicated excitement, energy and the eclectic wares on the site. The new mark doesn’t – in our view, at least.

It’s a green light for the traffic light system after Lidl and Aldi joined Tesco in introducing the system already used by Sainsbury’s, Morrisons and Asda. The change signals the end of the long debate over the most effective way of presenting nutritional information on pack.

Is Unilever about to venture into Starbucks territory? Rumours have emerged that their Food Solutions division is poised to launch a chain of branded cafés as early as 2013. Since the FMCG giant owns Lipton, PG Tips, Lan Choo and Lyons, a Unilever tea house could hit the spot.

A long and twisting saga of the Kraft logo has ended (possibly) with this: a return to the identity’s roots, with a slight softening of the typography amongst other tweaks.

Fast Company has a piece on Apple’s “skeuomorphic” software design philosophy. Skeu-what-now? Skeuomorphism is the name for ornamental design that replicates reality – like the way digital bookcases are made to look like real ones. It’s a hot topic in digital design – Microsoft’s new Windows 8 takes a very different, “authentically digital” approach. Are the tables turning on Apple’s designers?

Creative Review looks at Norwich Cathedral’s aptly-named Brand Bible (yes, cathedrals need brand guidelines too). After working on the cathedral’s brand identity in 2009, The Click design consultancy was recently asked to create a brand manual for staff to follow religiously, so to speak.

Bic’s launch of a range of female-orientated pens has provoked a vitriolic reaction. The ‘For Her’ biro set also prompted barrage of outstanding sarcasm on Amazon’s product reviews. The New Statesman explores how Bic got it all so very wrong…

Bob, the pioneer of the homemade Tasty Habanero range, had a problem: he needed low-tech, low-cost packaging for his range of hot sauces. Nick Misani designed and made rubber stamps to create labels for his spicy produce. The result is a wonderfully home-grown, simple feeling range that exudes rustic charm.

Bacon Jam is the rather quirky meat-based relish courtesy of Eat17 in Walthamstow. Hailed a ‘local phenomenon’, the concoction has been branded by Together Design and is now available to buy in Tesco.

Tennis and candy is a curious crossover, but one exploited by Sugarpova, a cute line of sweets branded by Russian tennis diva Maria Sharapova. The simple packaging, designed by Red Antler, brings to life the ‘fun, unexpected’ brand essence in a suitably premium fashion. Get your fix at Henri Bendel NYC and online.

With all the glitz and glam of limited edition packs and the like, it’s easy to overlook the simple stuff. IKEA are doing a fine job with their new food packaging. Created by Stockholm Design Lab, the design has proven a roaring success – having picked up a Cannes Gold Lion award earlier this year.

A little bit of self-promotion: we’ve been shortlisted for Best Place to Work in the MRS Awards 2012. Happy researchers = great research!

These vibrant prints by Supermundane are the perfect antidote to a gloomy Autumn.

These are the new banknotes for South Africa which celebrate the country’s first democratically-elected president, Nelson Mandela. The reverse retains the current banknotes’ ‘big five’ animal images. They’re by Cape Town-based agency Am I Collective.

MySpace – yes it still exists – is reinventing itself. The social networking site is inviting users to visit its new landing site and leave their email address, ready to receive their invitation to join the website when it relaunches. This marks owner Justin Timberlakes’s second attempt at ‘bringing SexyBack’ to the site.

The Donkey Sanctuary is a charity established in 1973 devoted to donkey protection and shelter. London-based agency The Allotment re-branded them with the aim of promulgating a feeling of ‘sanctuary, devotion and care’. There’s an interesting case study which outlays the design development here.

Hand-painted street signs have long since disappeared from the average UK high street, a fate that awaits most developing countries. One of these is India, where artisan detail is dropped in favour of a more consistent, but less characterful, street sign. The Handpainted Type project has been set up to collect, curate and preserve the work of street painters to ensure the beautiful typefaces are not lost in the sands of time.

For those of you short of bedtime reading at the moment, why not immerse yourself in this illustrated book that tells the story of London’s King’s Cross Station. Published by Cicada Books, the pièce de résistance is undoubtedly the pictorial pop-up of the newly redeveloped station structure.

Last week’s Name That Brand was a bit easy, huh.

See if you can get this one, music fans… 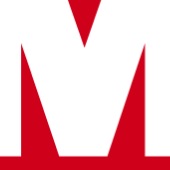 Think you know it? Tweet us and we’ll let you know if you’re right. If you want more Name That Brand, check out our game right here.

That’s all for now. Have a good weekend!