Entry 6 in our anniversary countdown- ‘when no result is a great result’.

It’s 14 days until our 20th anniversary, and to mark the occasion we’ve opened up our vaults to share our insights and musings on design and design research. Here’s our fifth instalment – we hope you like it.

Entry 5 of 15: When no result is a great result

A lot of the time, our clients want the designs we’re testing for them to have a palpable effect – in fact, ideally, shoppers would stop awestruck in the aisles, they’d fly off the shelves and spark an FMCG revolution en route.

But sometimes, they don’t want much of an effect – in fact, ‘no change’ would be a result!

McCain was one such case. We were helping them apply a new masterbrand approach, in which their packs are designed with a single graphic architecture, with a greater level of consistency and thus brand cohesion between them. It means the brand stands out in the aisle (rather than appearing like lots of packs from lots of different brands), and buyers of one variant are more likely to explore the range further. 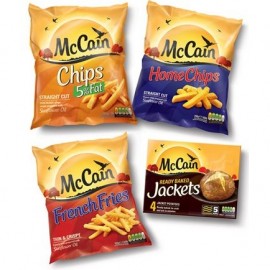 So for the brand, we know it’s the right move (and the sales stats prove it).

For McCain’s customers, though, if we get it wrong, it’s potentially a bit of a bugger. Shifting to a masterbrand approach means changing pack design – in some cases a little bit, in other cases quite radically. So there’s a risk – what happens if they can’t find it?

At best, they get a bit frustrated, and have to look a bit harder. At worst, they pick up a competitor instead – most consumers’ brand loyalties in this category have a limit, so it won’t take much for them to deviate.

This all means that we go into shopper research – new designs in place, in a competitive shelf set – with our fingers crossed, hoping that they don’t notice the change. Strange, really.

We’ve developed a whole methodology that focusses on achieving a smooth transition for occasions like this. 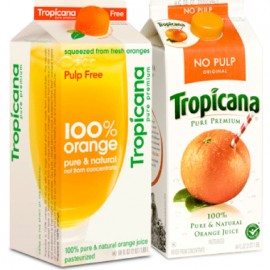 Because what happens when you get it wrong? That’s something Tropicana learnt the hard way. They changed their pack to one which was more modern, and even felt a bit more fresh and inviting. But in the process, they jettisoned almost everything consumers knew of their pack. So lots of them could no longer find it, and those that did seriously questioned whether this was the Tropicana they knew and loved. Within two months, they suffered a 20% drop in sales – followed by a speedy return to the ‘classic’ pack.