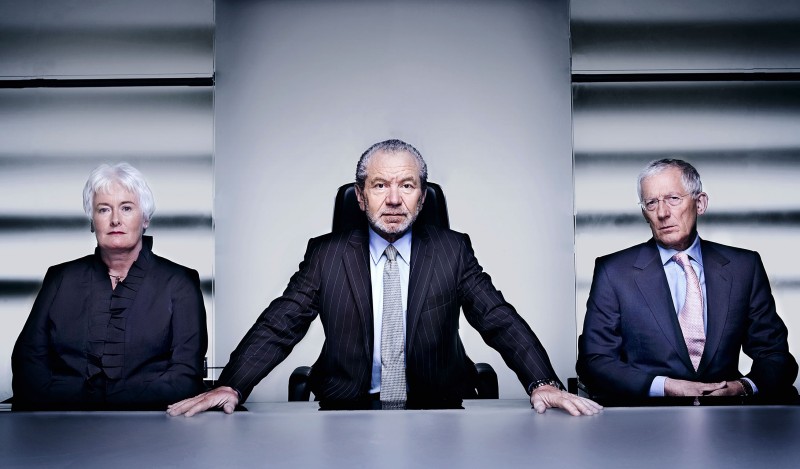 We’re big fans of The Apprentice here at TBP Towers. We’ve got our sweepstake running (come on Tom!), we occasionally pine for Margaret Mountford and we’ve got a whole field of literally running ponies.

But when we take our telly watcher hats off and put our design research bowlers on, we feel we have to fight our corner a bit because The Apprentice doesn’t always portray the design and research industries in the best light.

Of the two, design probably comes off worse. As Silas Amos mentioned over on his JKR blog on the topic:

Design is typically featured in such shows as something a Mac monkey will knock out over night, working in a manner that recalls a police artist sketching while the marketing bod pours out ideas in a stream of consciousness. Not the best way to have our industry portrayed on show after show.

Too true. So while design – an industry of strategy and creativity as much as skill and hard graft – is boiled down to some poor design intern slaving over a hot Illustrator to execute the ill-considered whims of the candidates, designers can take comfort in knowing that the research industry doesn’t fare much better.

The thing about The Apprentice is that, for the benefit of our entertainment, it necessarily condenses projects that in reality takes months or even years into a two day scramble. The resultant brands and products are not so much half-baked as they are a doughy mess.

So in this context it’s inevitable that a research project that would in reality involve a range of methodologies conducted over multiple stages is reduced to a ‘research bit’ consisting of a single group of consumers. Then there’s the Cardinal Sin that these groups are moderated by the candidates themselves, who obviously have something of a vested interest in seeing their ideas come to fruition. The result is that we see the more headstrong either – at best – leading consumers down a particular road (i.e. selling their ideas), or – at worst – running roughshod over their opinions when they go against the grain.

A typical Apprentice focus group exchange goes something like this:

There’s an extended silence, as the gathered group look around at each other…

“Ok thanks for your feedback everyone!”

The two candidates are huddled together, shouting into an iPhone on speaker.

“My confectionery teapot idea is an absolute smash with the focus group guys! It’s a big green light!”

I’m exaggerating, but only a little. Ultimately, entertainment’s the winner though, as cocky candidates fall flat on their face time and again after failing to heed consumer opinion.

In this series, we had the men’s focus group that clearly explained how the young man of today is more sophisticated and mature than the smutty Loaded generation of the past. The candidates of course didn’t let this stand in the way of their ‘brilliant’ ideas, and the resultant smutfest featured an article entitled, “How do you blow your load?”.

In the ‘brand a pet food’ episode earlier in the series, the candidates struck gold when they unearthed a key consumer insight – that every pet is unique in the eyes of their owners. Sadly this gold was subsequently steamrollered in the pursuit of the mass-market, resulting in ‘Every Dog’, the dog food for anyone and, consequently, no-one.

Then last week we had Melody massaging the truth to fit her own agenda, concluding that “no-one in Paris drives” (because four commuters in a Metro station didn’t) and thus the standout product which she disliked – the award-winning booster seat backpack – should be avoided. A decent pitch on the opposite team with that product secured a record €214,000 order. Egg, meet face.

Of course, it’s all part of the fun that these supposedly brilliant business minds are rarely more than egotistical clowns, but it’s unfortunate that their collective perspective on research is that it’s a hurdle over which their ideas need to leap, rather than a tool that can help to develop and hone concepts.

In truth we’re chuffed that research’s place in the creative world is recognised on such a high profile show. And really it’s quite pleasing that the results of poorly conducted research are laid bare quite so clearly.