The iPad is unveiled

The level of interest in Apple’s January iPad launch, combined with the normal sparsity of firm details led the event to be preceded by the usual frenzied conjecture on the blogosphere, from attempted code-breaking of what little had been released to convincing (and, in retrospect, pretty accurate) mockups. By the time the event came, the … Continued

The level of interest in Apple’s January iPad launch, combined with the normal sparsity of firm details led the event to be preceded by the usual frenzied conjecture on the blogosphere, from attempted code-breaking of what little had been released to convincing (and, in retrospect, pretty accurate) mockups.

By the time the event came, the level of hype was such that when the device was unveiled, it couldn’t help but disappoint many. The lack of a headline-grabbing ‘wow’ feature, in combination with a slightly dubious (sanitary) name (with plenty of pun possibilities), resulted in an immediate, and slightly juvenile, backlash on Twitter.

It’s now been a couple of weeks since Apple’s unveiling of the iPad, and as the mist of frenzied hype and counter-hype gradually dissipates, it’s becoming a little easier to objectively assess the latest offering.

It’s certainly beautiful, as you might expect, and its 9.7″ screen allows a more sweeping use of the instinctive multi-touch interface we’ve become used to thanks to the iPhone, so it looks a dream to use, too. In functionality, it can do more or less everything, from music and films, books, and browsing the web, through to more work-orientated functions like email, and word processing.

The difficulty comes in trying to envisage how or why you’d use it, though. It works just like an iPhone – but you can’t fit in your pocket (unless you’re a clown) – and is less capable than a MacBook (a maximum of 64GB memory, and no background processing means no multi-tasking).

So it’s good for idly browsing the web, … but would probably be a hassle if you were trying to do something complicated, like book a holiday. And great for entertainment … but I for one would rather watch a film on a TV than stare into my lap. And you could work on it … but not being able to have your email open at the same time as your web browser or iCal, for example, would probably get a bit tiresome.

It seems to lack the obvious raison d’etre that the iPhone, Apple’s last “revolution”, had. In spite of its reasonable ($499 for the 16GB model) price tag, it’s hard to imagine too many laptop owners seeing an immediate need for it, and similarly difficult to believe that too many would choose to buy one instead of a laptop.

When the iPhone launched, the stunning design was just one of many reasons to buy, whereas with the iPad, it has to do a lot more of the work to allay those niggling doubts. It will be interesting when the iPad launches, then, to see just how persuasive the signature Apple design can be in encouraging the masses to part with their cash.

Brands should be concerned if consumers struggle to envisage their new concepts integrating into their lives – but if there’s any brand that can convince consumers to convince themselves that there’s a reason to buy, then it’s Apple. 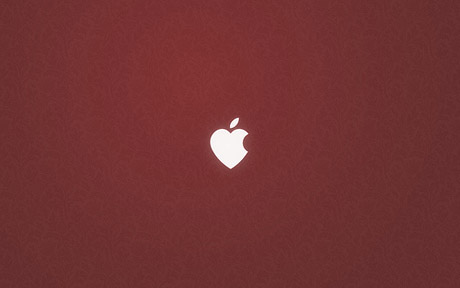