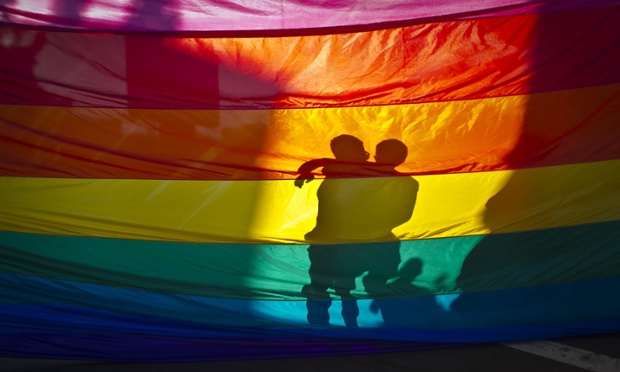 26 Jun 2013, San Diego, California, USA — June 26, 2013 – San Diego, California, U.S – Members of San Diego’s LGBT community and supporters celebrated two decisions by the US Supreme Court seen as victories for gay marriage rights on Wednesday, with the overturning of the Defense of Marriage Act (DOMA) and a decision that sweeps away California’s Proposition 8, a law that banned same-sex marriages in the state. A couple hugs on the other side of a huge Pride flag that was being held before it was carried through the streets of the Hillcrest neighborhood. (Credit Image: © David Poller) — Image by © David Poller/ZUMA Press/Corbis